The Verdun Altar is the monastery’s most precious art possession and one of the most important artworks of the Middle Ages. It is commonly known as the “Verdun Altar” after its creator Nikolaus von Verdun, even though the Altar has nothing to do with the French city of that name and was made in Klosterneuburg. Today the Altar can be seen in St. Leopold’s Chapel and is the highlight of the Sacred Tour.

The history of the Altar

The Altar was completed in the year 1181, after about ten years’ work. It originally served to decorate the parapet of the pulpit in the monastery church. Following a fire in 1330, the work was converted into a winged altar and given its present form. The Altar comprises a total of 51 enamelled panels arranged in three horizontal layers, corresponding to the epochs of the history of salvation.

From a technical point of view, the work is an undisputed masterpiece. The enamel, which is extraordinarily resistant due to its high melting point, has survived intact for over eight centuries and shines with undimmed brilliance. Still greater is the altar’s artistic importance. It is the first work of the High Middle Ages to consciously draw on the style of antiquity, thus achieving a new faithfulness to nature. Owing to the Altar, his oldest preserved work, Nikolaus von Verdun can thus be regarded as a forerunner of the Gothic style. 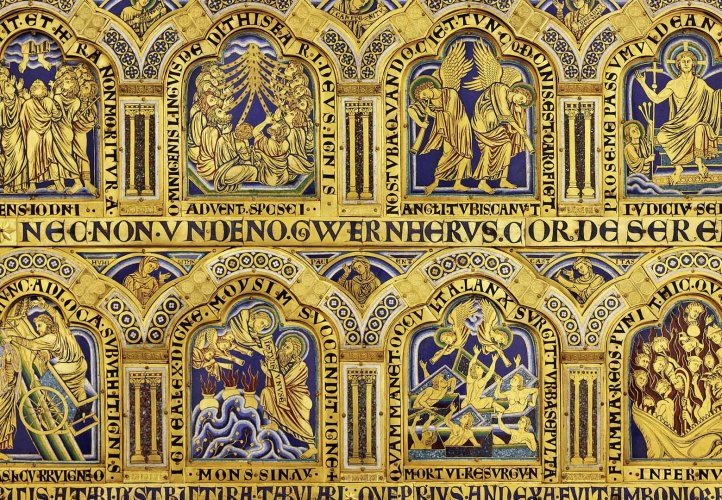 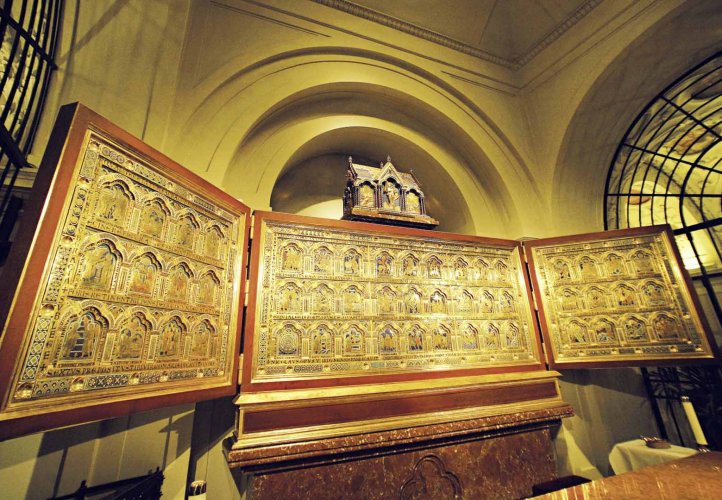