The bold dream of Emperor Charles VI remained unfulfilled: In 1730, the construction of an “Austrian Escorial”, a monastery residence following the model of the Escorial palace near Madrid, had been started. In 1740, the emperor died unexpectedly. Construction works were halted, as neither his daughter and later heir Maria Theresa nor the monastery were interested in their continuation.

The exit to the park down via the lower Imperial Staircase (now called the “Canons’ Staircase”) to the Sala terrena also remained unfinished. In this room Lorenzo Mattielli (1688–1748), sculptor at the Imperial Court, had created the eight load-bearing Atlases, but otherwise there was only the bare brickwork – until renovation was started in 2005. In the course of building the underground car park and the biomass heating plant of Klosterneuburg Monastery, a new visitor reception area was also created: the Sala terrena.

In 2006, the new visitors’ entrance at the Sala terrena was presented to the public. The reconstruction received the European Union’s Europa Nostra Award for Cultural Heritage in 2008. By removing later additions from the section that had been left unfinished, this part was not only restored to the original condition of 1740, but was also given a new purpose. 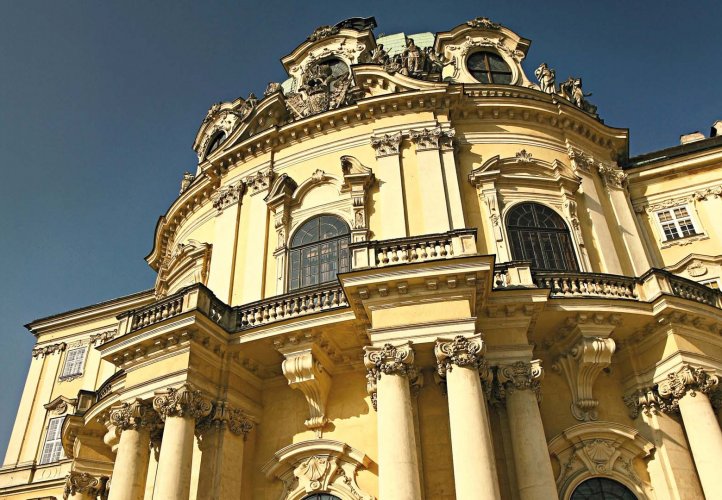 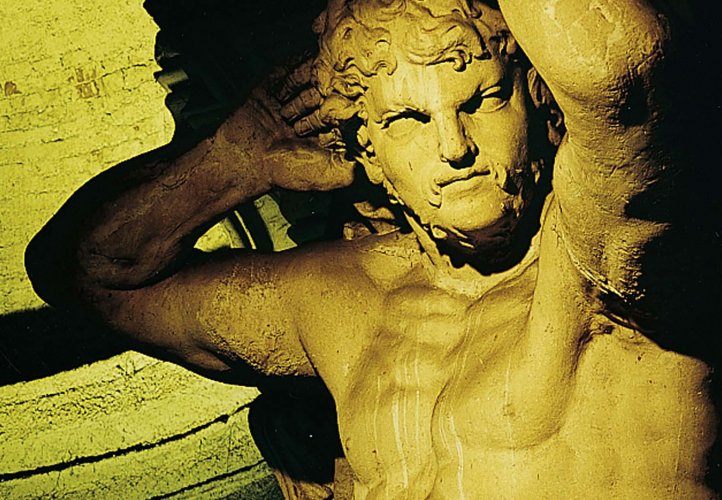 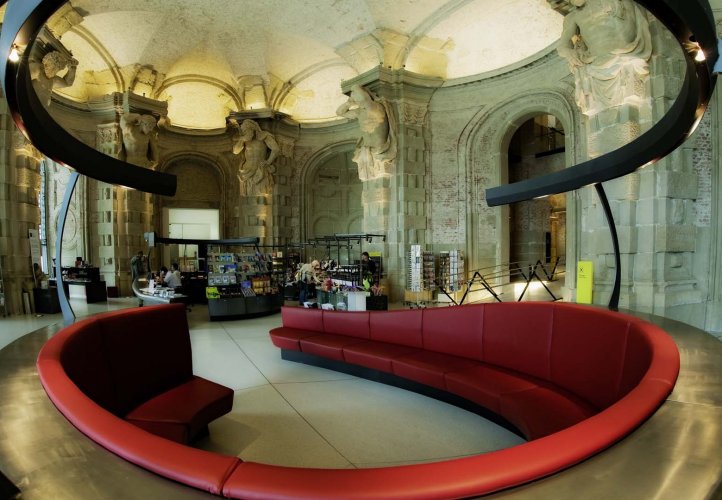 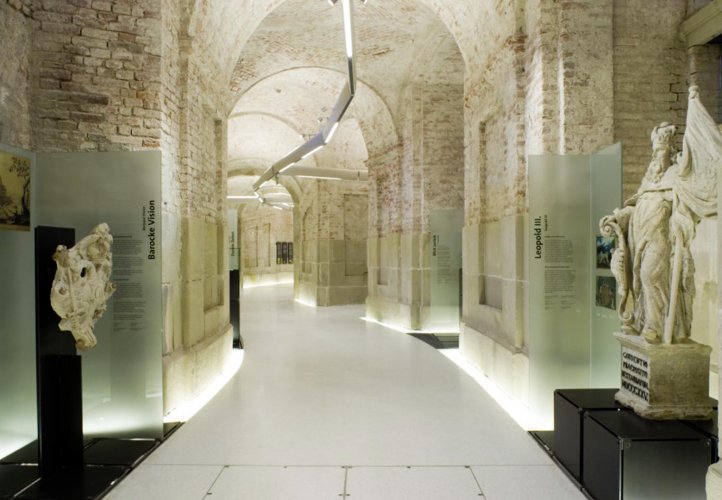