An imperial residence combining the functions of a monastery and a palace: that was the grand design which Emperor Charles VI had in mind for Klosterneuburg Monastery. However, during his lifetime only approximately one eighth of the planned construction was completed.

Starting in 1730, the most gigantic of all Baroque monastery complexes was to be built, following the model of the Escorial near Madrid. When the ambitious project was abandoned after the death of Charles VI ten years later, a mere eighth of the planned construction project had been realised, including the impressive Marble Hall and the magnificently furnished Imperial Rooms.

After the death of Charles VI in 1740, construction works were soon abandoned. It was not until 1834-1842 that one fourth of the planned complex, at least, was completed by architect Joseph Kornhäusel. Today, instead of the four planned courts there is only one, and just two cupolas rather than nine were built. Notably, they bear the two most important crowns: that of the Roman Emperor, and the Austrian Archducal Hat.

The Marble Hall, with its giant cupola and the spacious balcony, was intended as the central pavilion of the main facade of the Baroque imperial building. The hall was only completed in 1860. The cupola fresco, an allegory of the glories of the House of Austria, was painted by Daniel Gran in 1749.

The Imperial Rooms as presented today were built as private quarters for Emperor Charles VI. However, they were only used once, on the occasion of a pilgrimage of the Court in November 1739. The rooms hold valuable pieces of furniture and paintings by Dutch, German and Italian masters. 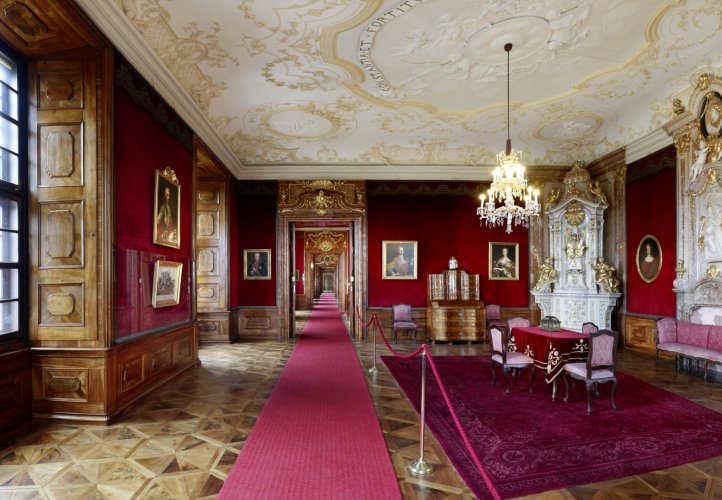 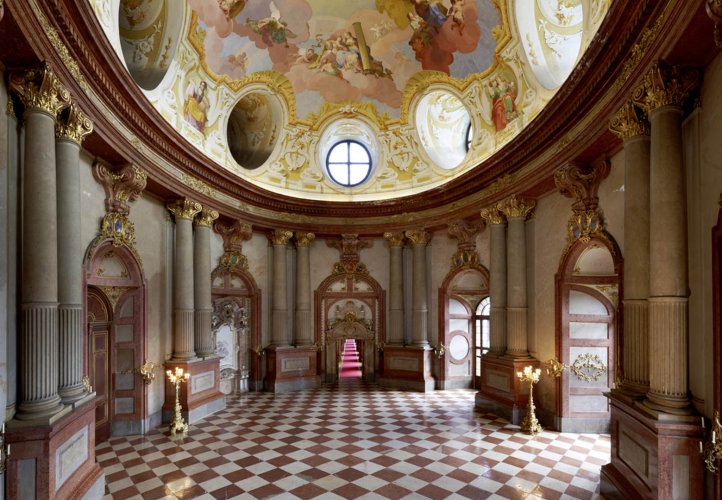 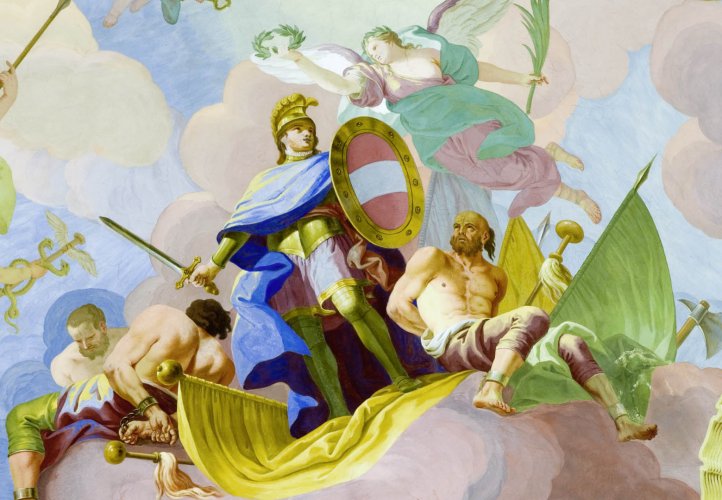 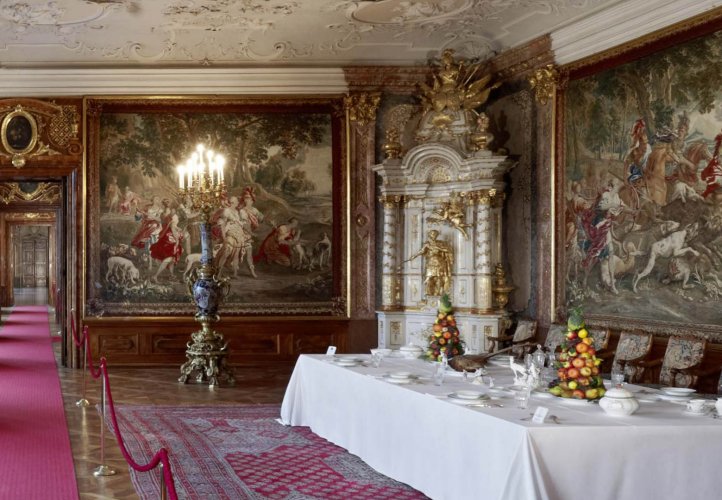 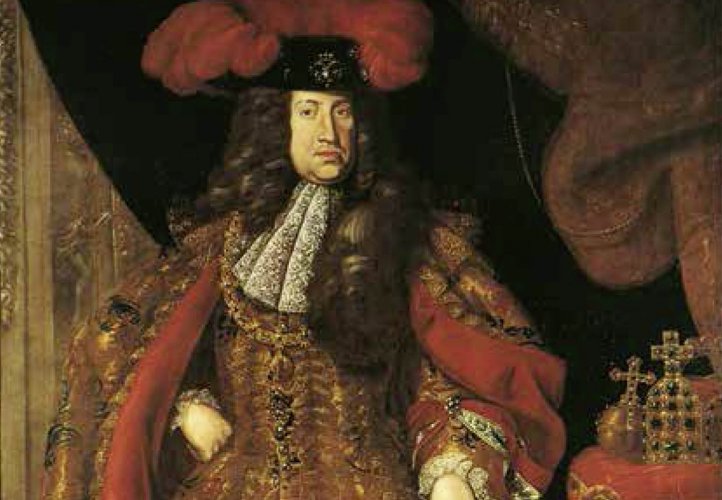