Despite a great number of changes, the basic Romanesque structure of the monastery church has remained the same until today. The church was built from 1114 to 1136 as a three-nave basilica with transept and flèche. The fact that it was the largest church of its time in Austria and the short construction period indicate how important this ambitious venture must have been for Leopold III.

Today, its outside appearance bears the stamp of restoration work carried out on the church in the 19th century. Inside the church, its mediaeval character has been lost completely, due to the radical Baroque refurbishment measures of the 17th and 18th centuries. The three-nave basilica was turned into a single-nave church with side chapels.

The elaborate wood carvings on the choir stalls, created by several artists in 1723/24 based on a design by Matthias Steinl, shows the heraldic emblems of all the hereditary lands of the Habsburgs on the reverse side of the backrest, as a symbol for the prayers of the Augustinian Canons for all the lands. Above the northern stalls is the imperial oratory, where the Emperor and his family sat during the annual ceremonies in honour of Saint Leopold on 15 November; opposite the oratory stands the choir organ with a casing dating from 1870 and a modern manual inside.

The organs of the monastery 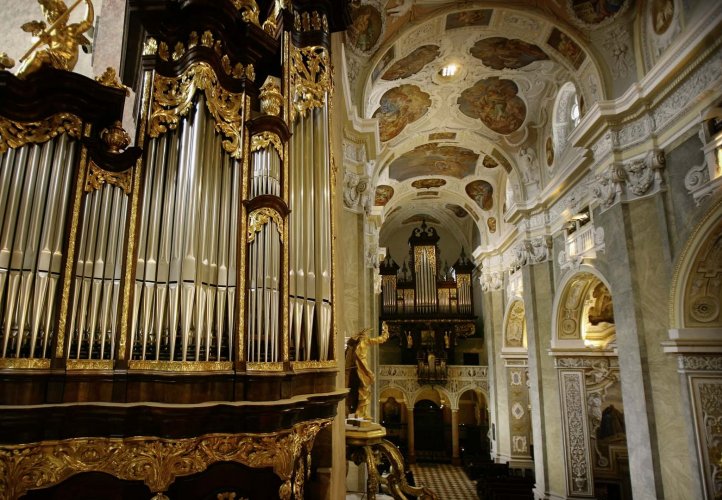 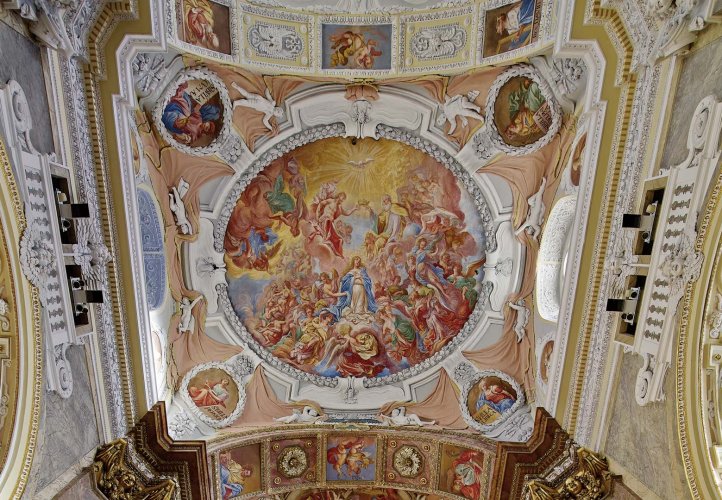 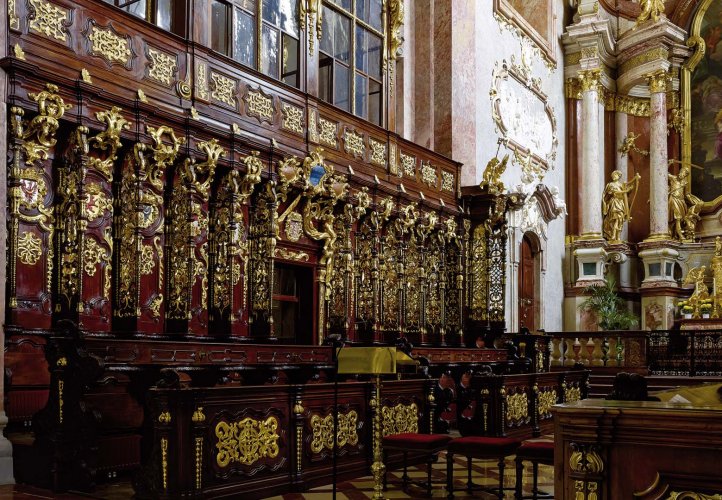 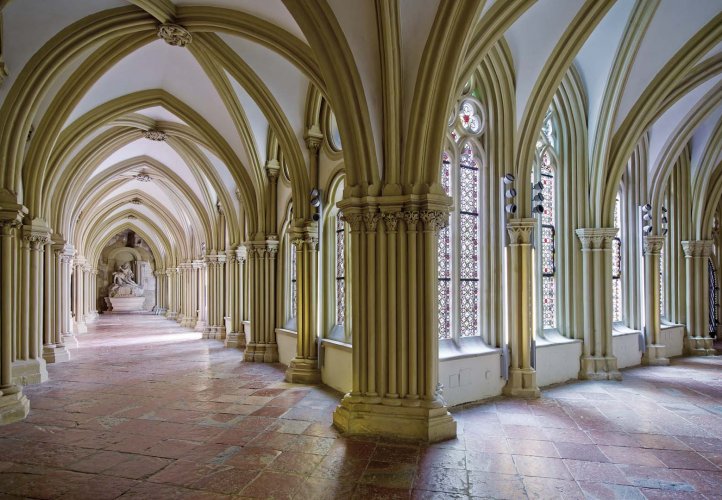 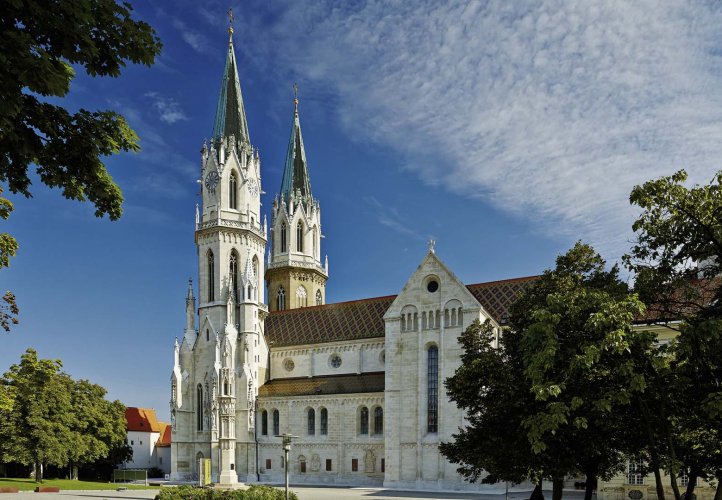 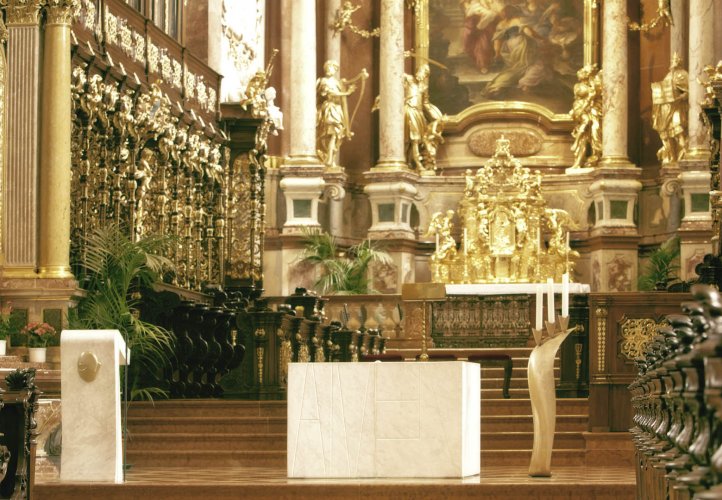