The organs of the monastery

“In the Latin Church the pipe organ is to be held in high esteem, for it is the traditional musical instrument which adds a wonderful splendour to the Church’s ceremonies and powerfully lifts up man’s mind to God and to higher things” (Sacred Congregation of Rites according to the 2nd Vat. Council, Musicam Sacram: Instruction 120).

The organ in the monastery basilica at Klosterneuburg was constructed by the Passau organ builder Johannes Freundt during the period 1636-1642, from parts of two organs which were already in the church. In this way Freundt was able to select the best materials from both organs (the Festival Organ has no wooden pipes). In line with its function, this organ was designed mainly for solo play. For accompaniment, the Choir Organ was on hand. Thus it may be owing to its use as a solo instrument that the Festival Organ hasn’t experienced any major changes, either in pipe material or in the windchests. This makes the Festival Organ an extraordinary sound monument of the period.

Its specification combines characteristics of the Renaissance and Baroque periods. The Principal of the great manual alone is without rival for its austere and majestic sound and tone colour. The Regal, a standard stop of the Renaissance period, has been preserved in its original form. This is very rare for a reed stop, and consequently this is the only one of its kind in Austria. The organ contains 35 stops distributed over 3 manuals and a pedal, an extremely unusual size for the period.

It is tuned in meantone temperament, meaning that the major thirds of some major keys do not beat. Moreover, its pitch is approximately one halftone higher than the equal temperament used today. This pitch corresponds to the Southern German choir pitch of the time the organ was built. Another characteristic typical of the time is the “short octave”.  In the manuals and in the pedal, the keys for C sharp, D sharp, F sharp and G sharp are missing from the great octave. In the meantone temperament, those low notes were hardly ever played, so they were omitted to save material costs. Naturally, this special feature and the meantone temperament limit the repertoire that can be played on this organ. It is ideal, however, for interpreting works from the 16th and 17th centuries.

Shortly before World War II, woodworm damage was discovered in some parts. The instrument was dismantled, but then war started. Following extended deliberations, it was restored to its prior condition after the end of the war (plans for enlarging it had been made). Unfortunately, no high-quality material to replace the action was available, so it was only fixed provisionally.

In 1983/85 the Swiss company Kuhn were able to reconstruct the original action adjustment. The original temperament was restored as well. The reed stops and the bellow system could not yet be reconstructed. This was done later, in 1990. Owing to its excellent sound, the Festival Organ is one of the most important ‘sonic monument’ organs in Europe.

The Choir Organ was designed and built by the company Kuhn in 2005 as a “historical new construction”, adopting the building principles of the 18th century and modelling the design, selection of materials and processing based on the Southern German and Austrian organs of the 18th century. The historical walnut casing, constructed in 1780 by the Vienna court organ builder Anton Pfliegler and richly decorated by the sculptor Christoph Helfer, had originally contained a manual with 16 stops.

The new organ has 23 stops distributed over two manuals and a pedal. The stop action and playing action are operated mechanically. The console is detached, as the organ is regularly used to accompany the choir or the orchestra. 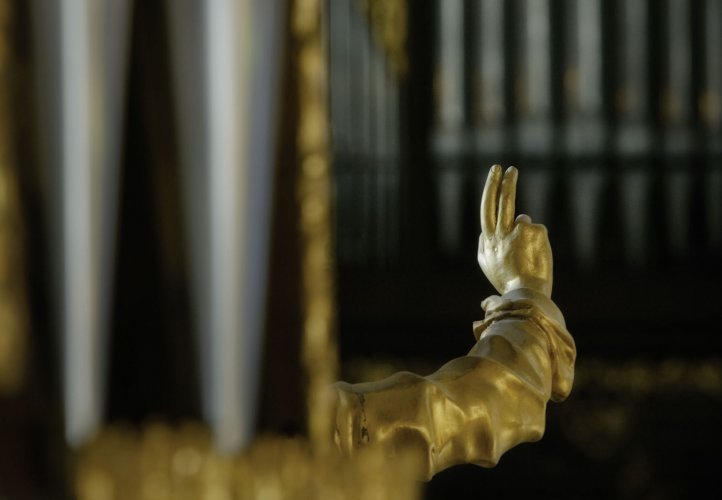 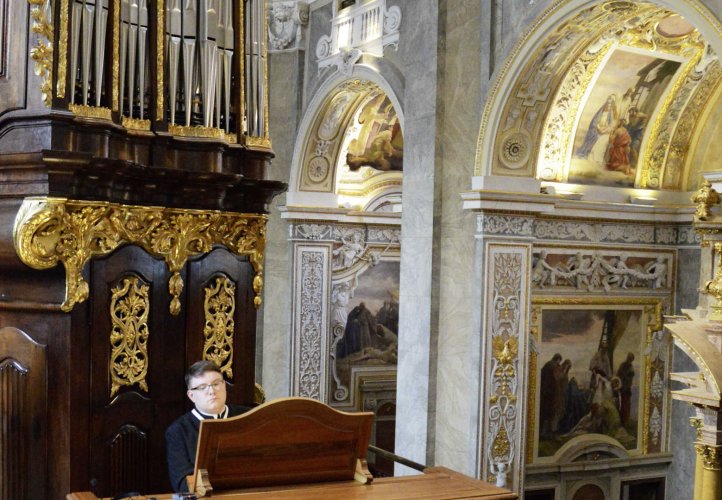 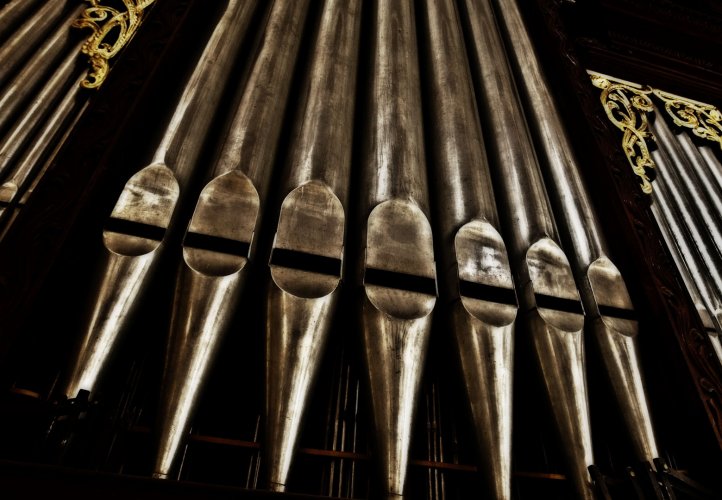