Designed by Matthias Steinl in 1710, the Veil Monstrance represents a highlight of Baroque goldsmith’s art. It is the largest and most splendid Baroque monstrance in Austria. This exceptionally large monstrance features the founding legend of the monastery.

‪The legend of the veil

The founding of Klosterneuburg Monastery is described in the “legend of the veil”, written down for the first time in the 14th century. On their wedding day in 1106, Babenberg Margrave Leopold III and his wife Agnes, a daughter of Emperor Henry IV of Germany, stood on top of their castle on what is today known as the Leopoldsberg hill. Suddenly, a gust of wind took hold of Agnes’s bridal veil and tore it off her head. The veil, made of a fine fabric from Byzantium, which now is on display in the Treasure Chamber, was carried over the hills of the Leopoldsberg. Leopold knelt down and swore to found a monastery in the place where he’d find the veil again. As long as nine years later, Leopold was hunting in the area of today’s monastery. All at once the dogs started to bark in the scrub. There was the white veil, hanging fully intact on a blossoming elder tree; in a later, embellished version of the legend, the Virgin Mary and the Child appeared above the veil. 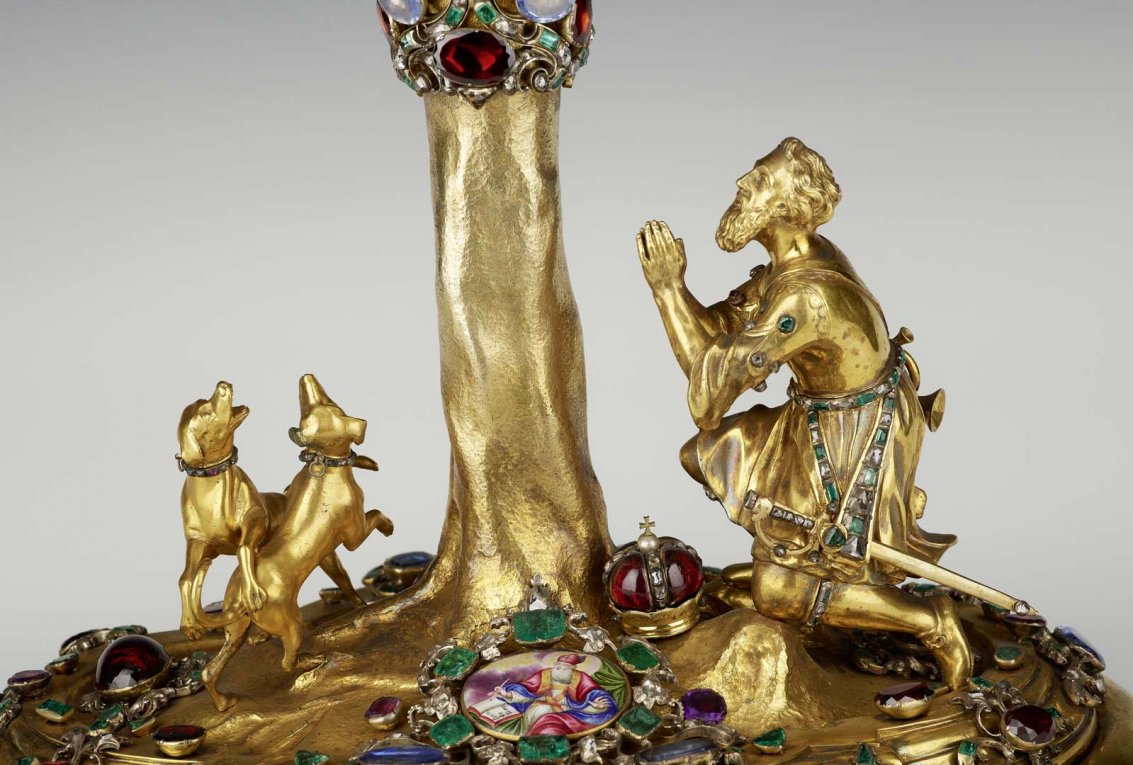